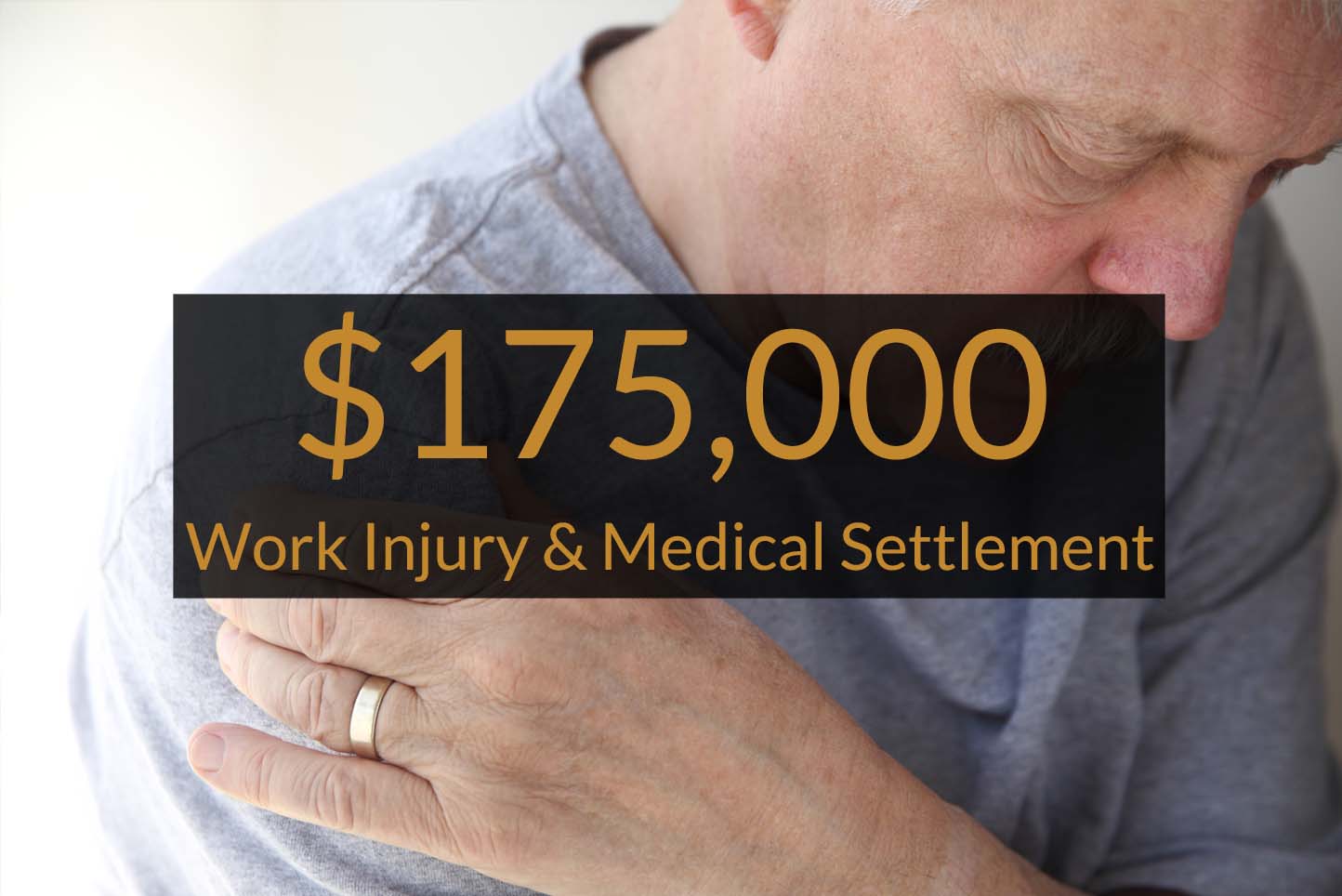 A settlement of $175,000, plus continued medical care for life-related to the torn rotator cuff at work, was negotiated by attorney Eric Betzner on behalf of one of his clients. The injured worker was a custodian at a school, where he had worked for over thirty years at the time of his injury. He sustained a tear of his rotator cuff while lifting a heavy door at work. As a result of this injury, he underwent surgery for the torn rotator cuff and was left with permanent loss of motion and restrictions which prevented him from performing his job as a custodian. He was, however, capable of doing lighter work. After several months of negotiation, Attorney Betzner was able to obtain a settlement for the injured worker, who subsequently was also able to collect his pension, allowing him to live comfortably on his pension, proceeds from his settlement and income from a part-time light duty job that he then found with a new employer.